‘It represents a well known problem for the Roma community in Spain. The editing and the imagery could have been better executed but the storyline is very important and for that matter I think the imagery is less important because of the story.’

The documentary El Amor y la Ira, cartografía del acoso antigitano (Love and Wrath, Cartography of Anti-Gypsy Harassment) presents a series of interviews with members of the Roma community from a neighbourhood in Valencia, Spain, who share their experience as a minority. The director, José Heredia Moreno, a sociologist and well-known activist on Roma issues, points out in an interview that the opposing terms of the title, love and wrath, allude to the complex relationship between the Roma and the dominant community, while hinting at the option for cultural exchange and even miscegenation.

Despite choosing a specific setting, namely El Palmeral, an underprivileged, mostly Romani neighbourhood in Elche, Alicante, to portray the institutionalised racism suffered by Roma in Spain, issues such as social, educational and police harassment or media misrepresentation of the community could apply to any other location nationally.

The protagonists cum narrators are the residents of El Palmeral themselves, as they discuss ‘antigypsyism’ in their daily lives and when performing ordinary activities. The confessions and testimonies of the neighbours are accompanied by the reflections of Roma activists and intellectuals such as Isaac Motos Perez or Nicolás Jiménez, who analyse the problems of ‘antigypsyism’ in depth and deconstruct many of the clichés that exist in this respect. The combination of both elements offers a unique vision of the modern-day struggle of Romani communities. Not only does it build on the tradition of oral history, it also provides a scholarly perspective coming from the community itself.

José Heredia Moreno chooses a simple filmic technique for this topic. The camera shoots from a still, objective perspective, without resorting to close-ups, filters or music to invoke or shape the audience’s perception. Rather than functioning as a mediator, the interviewer is either invisible or non-existent when the neighbours speak among themselves. In this manner, the director suggests that the documentary stems from the community itself, thus turning the Roma into real social and political actors and agents of change. The film thus implies that self-depiction is crucial as the only possible way of articulating the subject.

The documentary has been released on the YouTube platform and presented in various Spanish cities, but its popularity has not spread beyond specific circles interested in social issues. 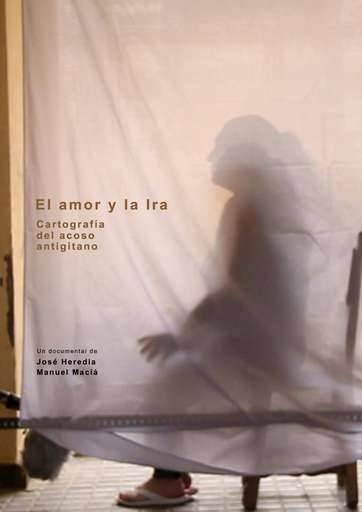